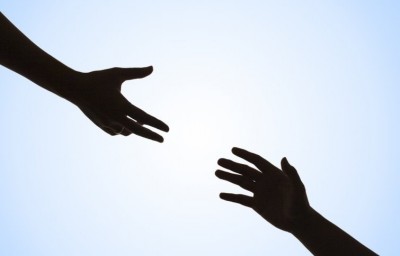 I am an encourager. I spend my time and energies trying to be positive, sending good vibes out into the world. I will tease but never intentionally be negative because negative words never encourage nor ever achieve the goal that were intended by them.

This weekend I had two people that I know,try to convince someone that the actions he was taking was sinful but failed. They were negative toward him and spoke words that I and some people would consider hate speech. But it wasn’t I was told because they were “leading him to the light”.

“Do not let any unwholesome talk come out of your mouths, but only what is helpful for building others up according to their needs, that it may benefit those who listen.” – Ephesians 4:19 NIV

Why were the people I know failures in their attempt to change one persons pattern “leading him to the light”?

Because you can’t lead by just words! You have to lead by actions. You have to realize that it is up to the person to WANT TO CHANGE. You calling them names, will not change them. You can’t make a person stop drinking if they don’t make the first move themselves. You can’t change a person who lies to you straight to your face.

THEY HAVE TO WANT TO CHANGE!!

You also can’t make someone change if you tear them down without building them back up.  I know a bunch of people who would rather beat me down, than lift me up.

So the next time you want to tear someone down, come to me first. I have a LOT of faults and I will admit them all.

I will defend my brothers and sisters in the world. I may never be rich, but the love, support and HUMANITY that I HAVE will make me the richest man alive.

Who wants to take the first shot?