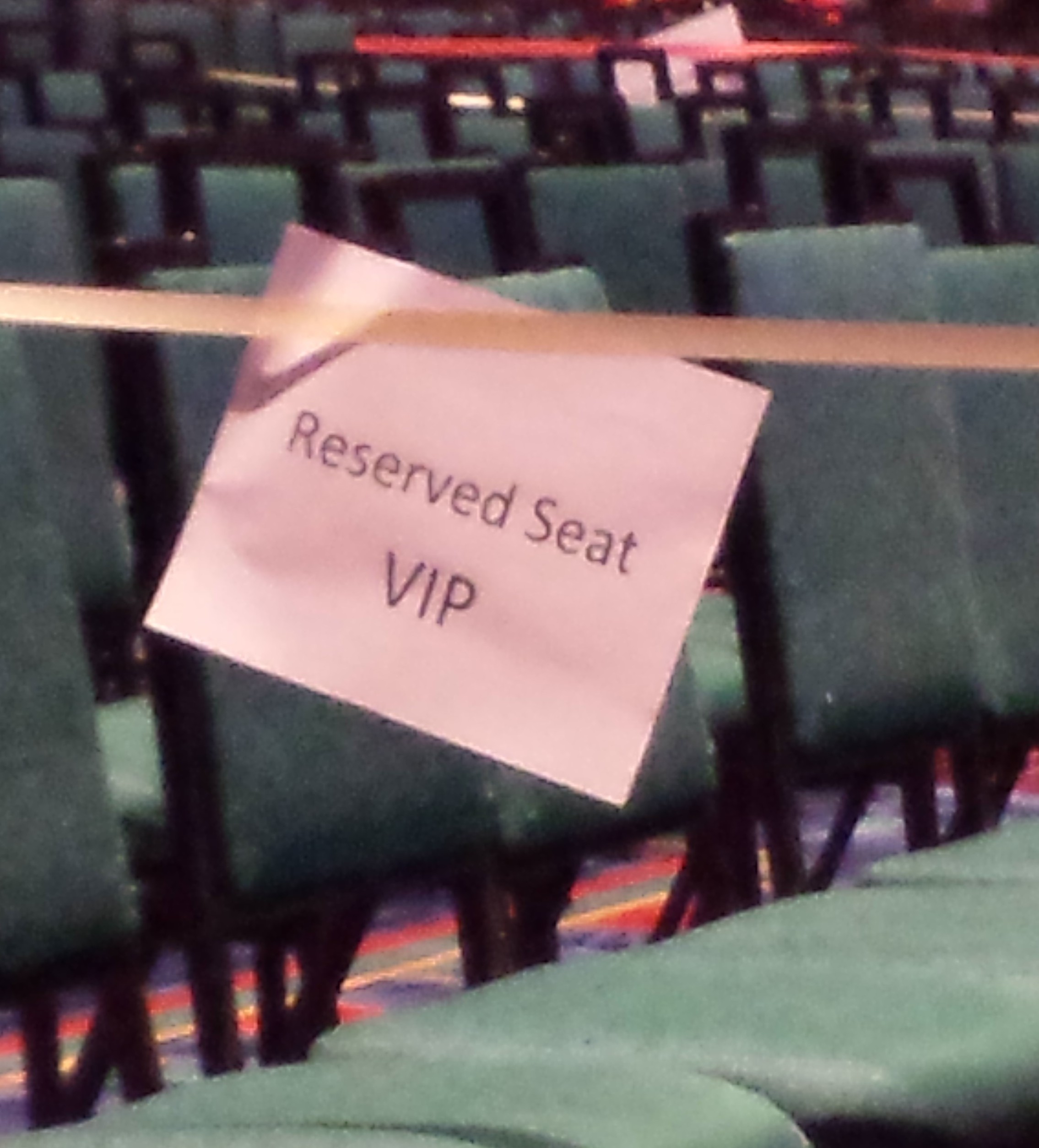 You see it in the world every day, VIP. It means Very Important Person? What makes a VIP? Is it wealth, position, fame?

I think, in this day and time, the word VIP has truly lost its meaning. It is the gold rope in which people used to separate the haves and the have-nots, but why?

Why are we forcing this separation?

One of the most successful airlines Southwest Airlines has NEVER gone bankrupt. In a competitive business model Southwest Airlines in 1998 was responsible for 3.4 Billion dollars in savings to passengers (1). Does Southwest have a VIP section? First Class? No, every seat has the potential for selection by any of Southwest’s passengers. Does Southwest offer business travelers the chance to get to the top of the line, why yes, they do. But not for an obscene amount, a simple $16 “business select fee” may be purchased to improve your place in line and other benefits such as VIP line for security. From someone who has traveled a lot in my life, I truly enjoy the benefits of being a VIP. But the seats are the same from the front row to the back row. There is not a noticeable difference if you are flying alone. I still may have to fly with the crying baby next to me or the passenger who should have paid for two seats but didn’t. In this case a VIP isn’t a VIP.

Concert promoters love the VIP concept, “it’s probably the biggest negotiation in any tour deal,” said Randy Phillips, the chief executive of AEG Live, promoter of the Bon Jovi tour. “On a hot act you can make as much money from 10 percent of the house as the other 90. (2)” Concert promoters use the exclusivity of the package to push the packages that can range from $350 for a Justin Bieber sound check VIP package all the way to the gold star of VIP packages with Bon Jovi which includes a takeaway chair, leather bag and catered meal. Now you might think that a package like this would include a meet & greet with a picture with the band. It is not included, even at the price of $1,875 a ticket.

So is VIP really a very important person, or a person who has the disposable income to afford these packages? People throw the VIP “brand” up everywhere. To everyday people VIP is important. It is a status symbol. “Oh, you are a VIP that sounds so cool.” But VIP is a toss away line. It is totally meaningless. I can throw on a pass that says VIP and ALL ACCESS to any event, but it is barely worth the paper it is printed on. VIP time is now being traded, money for experiences. People that want to separate us, throw the VIP phrase up to fool us. Now we can debate the right or wrong of this concept, but it has no value.

We have to put the term in its real perspective. In the days of old, VIP meant VERY IMPORTANT PERSON, something that would put images of movie stars, politicians and rich people with influence could have.

You are a VIP, I am a VIP. We are all VIP’s.   All that matters is the perspective that we see it in.

When a person asks for your help, they are asking for you to treat them like a VIP. They want your undivided attention, the exclusives that you can give them with complete focus on their needs. Give it to them; get your client EVERYTHING that they ask for. There is no VIP for the cheap seats. Nobody wants to pay big bucks for “obstructed view”. So give your clients everything, find the thing that they have spent years looking for. Then charge them out the ass for it. Because being a VIP now is expensive.

Be a VIP, look for people who can help you and give them your business. Make them do the hard work for you, pay them well and look for the next challenge.

A VIP is anyone. You just have to see everyone as your next star.