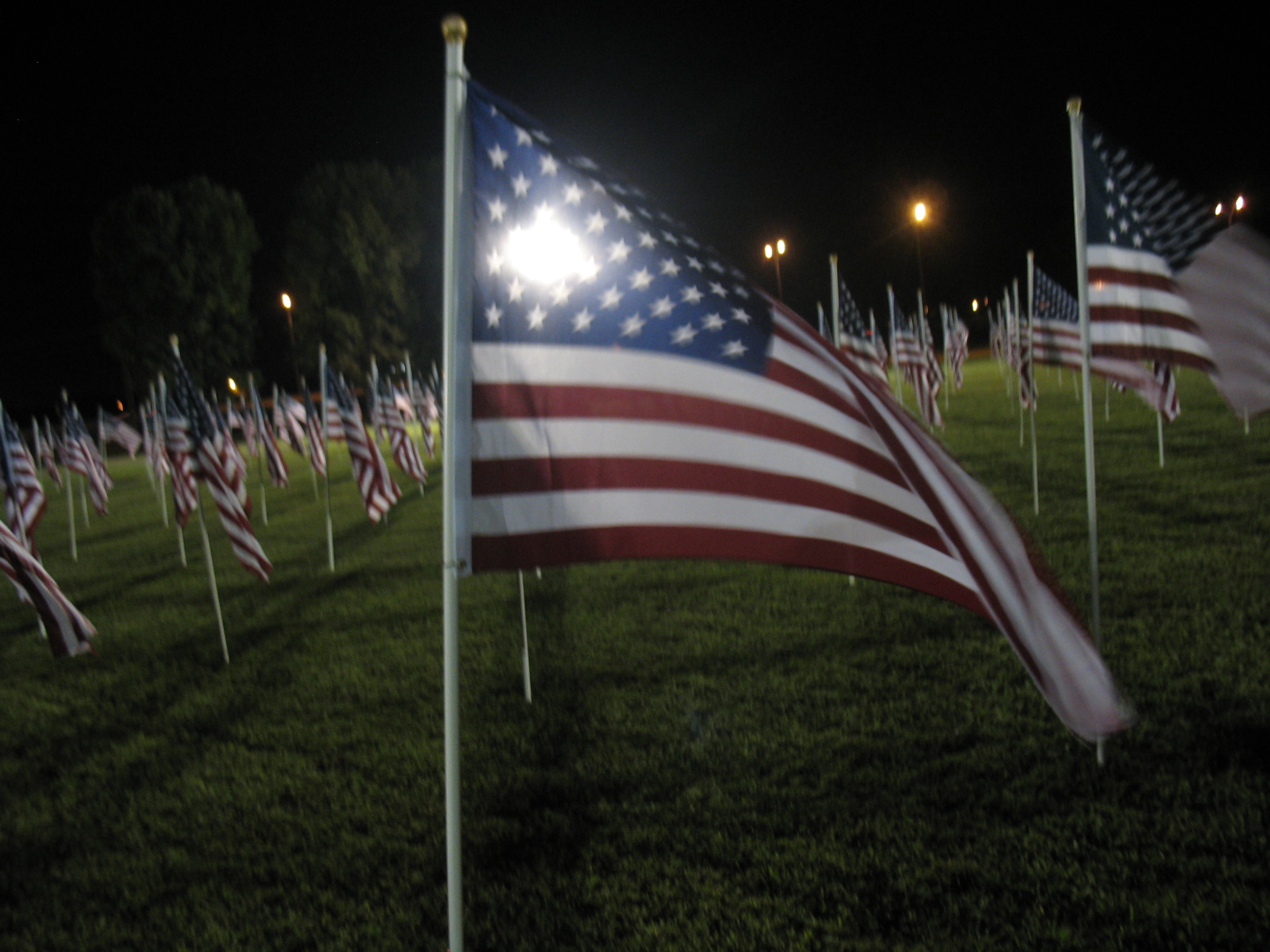 I always repost this on September 11th so I will never forget.

Today is a day which we should all remember and NEVER FORGET.

I remember Stan Castles calling me and telling me that a plane had hit the WTC. He wanted to know if we should go to the live ABC news feed.

I turned on the TV and with horror saw the second plane hit.

“DUMP THE MORNING SHOW AND GO TO NEWS TILL FURTHER NOTICE, I’M ON MY WAY!”

The horror had sunk in.

I called my mom as I dressed and was told with horror.

“There are two of ours Sean.”

I called my dad as I got to work and scooped the major media in reporting the two American Airlines flight numbers that I was given.

It was a sinking feeling that I will never forget.

Then it hit me.

Angela, Shelby and my unborn son was supposed to be on a flight that morning.

I tried to get through to them. No answer, and my terror increased. I was nowhere near New York and my heart had sunk.

What if they had captured an airliner with my family on it?

What were the last things I told Angela and Shelby?

We had planned a big outdoor concert that weekend and I knew it was going to be a complete failure. Everyone was staying at home and everyone was fearing Anthrax among other “Weapons of Mass Destruction”.

I couldn’t sleep. I finally got a hold of my family and prayed that I could see them again.

I set the sprinklers on and watched the sky where planes had roamed and families flew and fell asleep on my back porch and to wake at 6 in the morning to Instant Tragedy. Lake Donahue in my backyard.

I got up turned off the water and went to work as the grass dried.

Nothing would be the same ever again.

The Sunday that Angela and Shelby returned was wonderful for me. I hugged them and listened to how Shelby was a terror and how terrorists made her life miserable and how pregnant she was,(which she was 6 months preggers and waddling away).

I heard the pain in my fathers voice as the days past and I knew that my fathers plan of retirement would never come to early fruition. His company stock fell to worthless, with him owning shares that would be best used covering the bottom of the dog boxes.

I saw first hand the terror that we felt and that we feared as we sat at lunch that afternoon wondering if the war had just begun.

But I truly did not sleep until a couple of weeks later.

There is a wonderful collection of flags that is put up by the city to memorialize the deaths on that one tragic day in America.

It is so serene to walk down those paths of flags and realize that each one of them was a life that fell incomplete. Each flag represented a hero that tried to live the American dream.

Each flag represented us as a country.

Each day we move on and try to live our lives the best we can, making changes and efforts to defend our way of live, to set forth the ways that have made our country great. We send our sons and daughters to protect us as our fathers and grandfathers have protected us in the past.

We live in a generation that truly doesn’t know what true war is all about, what pain and sacrifice is all about.

We are the ignorant and shameless generation.

I salute the Greatest Generation, who we are losing one by one, who fought with pride in WWII,Korea and Vietnam. I salute our current soldiers, who see such incredible sights and have been exposed to such terrible toxins.

I pray for the families of the rescue workers who tried to save lives and now fighting for their own from the toxicity of that holy ground.

I lived in New York, I loved the Empire State and the WTC. I have a poster in my house of New York and the proud towers will always stand in my mind.

This is our country.

This is the country we are so proud of.

Fly your flag, wave your banners, fire off your fireworks and remember that Freedom isn’t Free.

God Bless America. How I truly love this land.