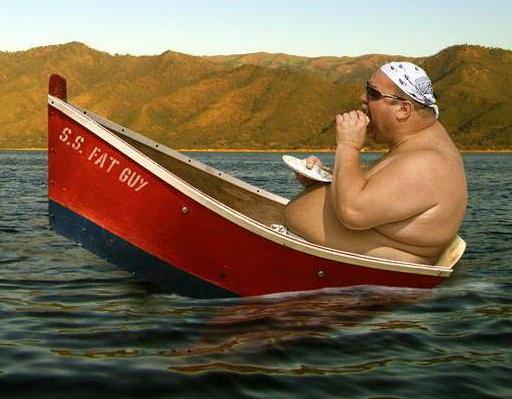 (Yet another in my under 750 word Short story challenge pieces.  This concludes the Dusty Rhodes Submissions. )

Artie looked at his doctor in amazement.

“Your blood pressure is amazing. When I took your blood it was like sludge,” Dr. Hargrove said.

“I’m a perfect specimen of health,” Artie said with a smile.

“A diet?  I’m not going to start eating rabbit food.  What pill can you give me to get the weight off? How about we go in and cut it out? You can use a rusty butter knife as long as you knock my ass out.”

Dr. Hargrove just shook his head.  “This isn’t a quick fix solution Artie! You have to make severe lifetime changes if you intend to be successful. Do you want to live till you’re 60, do you want to walk Trisha down the aisle?”

Artie shook his head, “Sammy, look at me. I didn’t get this way by not eating doc, Angela doesn’t make it easy on me with fried this and fried that. How can I say no to a woman that can eat all of that and still look like she was when I married her after high school?”

“You have to make changes Artie or you won’t make it to 40.”

“Eat one hamburger instead of 4, drink water instead of those milkshakes that you pound down like we were back in high school. Then I know this one will shock you,” Dr. Hargrove started but was interrupted by Artie.

“No, something other than letting Angie go down on you, why don’t you try walking with her.  She walks every day in the park. I see her as I drive into the office each day. You could join her.”

“Walking, and then I’m going to have to listen to her jabber about how Eliose had this incredible idea and blah, blah, blah.”

“It would help your marriage and your heart too Artie.”

“I’m in the restaurant business. Who would trust a tiny chef?”

“You can have a big heart because of your generosity or because it’s struggling to keep you alive. Your choice Artie. I can’t make the first step, you do,” Dr. Hargrove said as he put his hand on Artie’s shoulder.

“Let’s have dinner next week.”

“Okay Artie, we’ll check in on you and see how you are doing,” Dr Hargrove said as he walked out.

Artie hopped down off the table, put his pants up and walked to pay his bill, popping a candy bar in his mouth.  “Yeah, like I’m going to stop eating. ”

He started to walk to his car and felt a pain in his chest. Damn indigestion Artie thought to  himself.  The sweat of walking to the car in the 100 degree heat started to get to him and he felt like he had to sit down.

And then he blacked out.

When he came to he had an oxygen mask on his face and his old high school friend looking at him.

“You had to have a heart attack in my parking lot.  You had to …,” Dr. Hargrove’s face fell as his voice quivered. “I’m serious Artie. We saved you this time. Next time you won’t be so lucky.”

Artie tried to talk but was unable to. As the blackness came over him he looked, smiled and tried to pat his stomach, but his arm went limp.