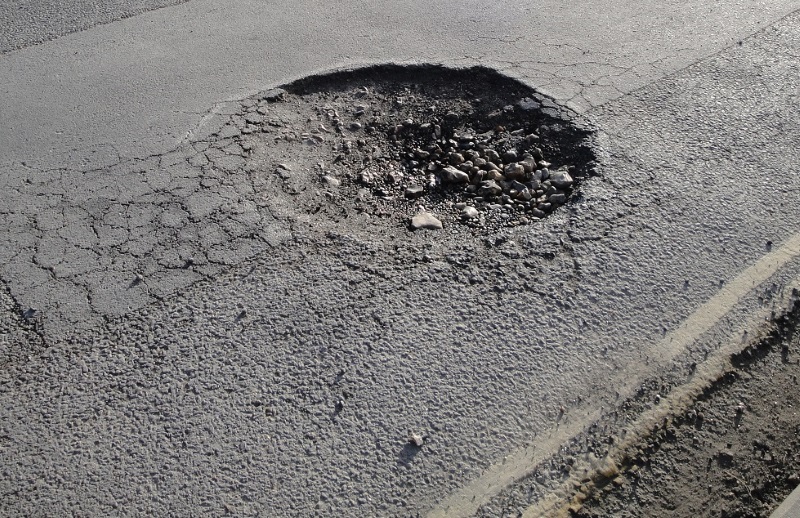 2015 ended with a bang, snow everywhere and the City of Lubbock getting blames for everything:

“Why can’t they plow my streets?”

“We should buy more snow plows for…”

Lubbock might want to consider purchasing a snow plow for future random blizzards.

The problem is, clearing the streets of snow was never the big problem of 2016. Snow comes, it goes and it melts. But the devastation that it leaves isn’t because of the broken pipes, the morons who drove saying, “Well I have 4-wheel drive,” not caring that they didn’t have 4 wheel stop.

The devastation that this storm left was water that left over from the storm, that melts, freezes again repeatedly until the streets are 100% dry.

“Why the hell should I care about this,” I can hear you shrieking?

Easy, because with the water that got into every crack into every street, every piece of asphalt that opened by people spinning their wheels trying to get traction, has found the moisture sneak into it. Expanded as the ground freezes weakening the ground.

Poof, we have the latest thing in the “Circle of Strife” that will cause the people who are most angry to bitch next.

Gone will be the anger about 2 snow plows as it is replaced with, “I lost my tire and nearly got into an accident due to a pot hole.”

Yup, stand by, because the latest tragedy around the corner in 2016 will be potholes everywhere.

Wonder how a third snow plow would fix them?