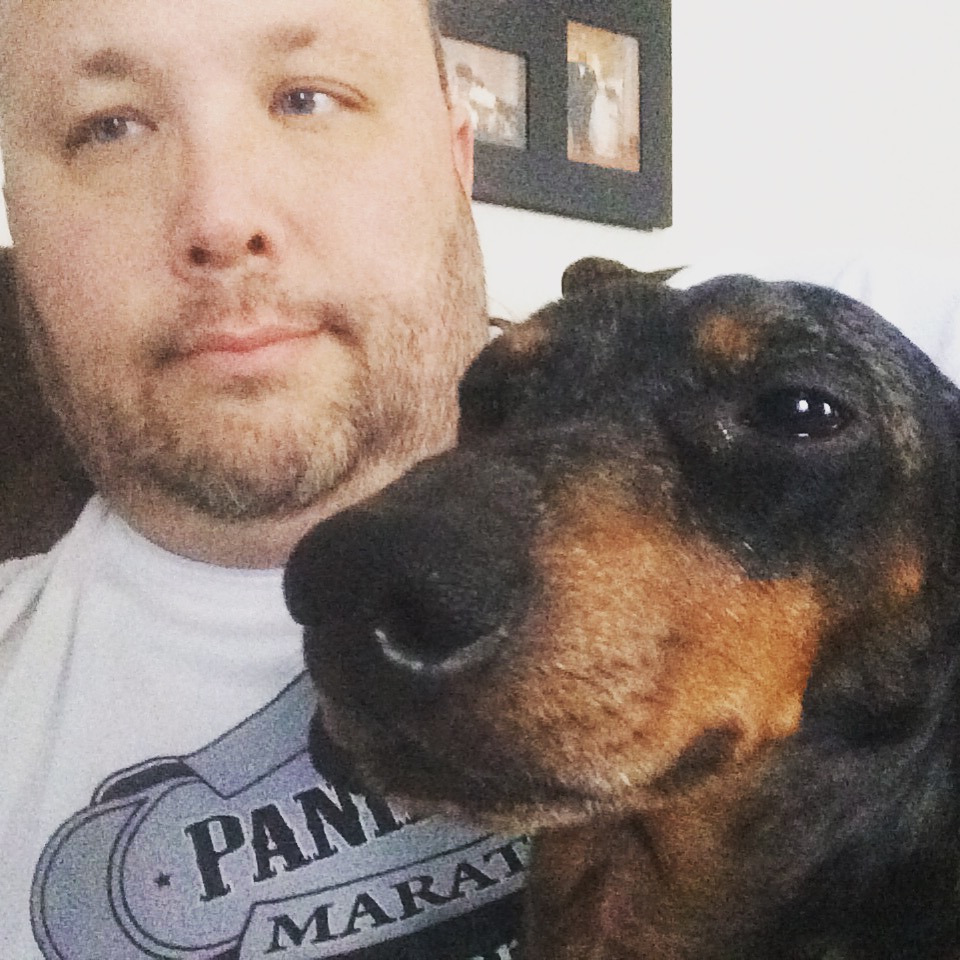 When you own a pet, you know that at some point you will have to say goodbye to them. For most pets, humans have longer lifespans and we spend our lives loving them as they love us.

But I should start at the beginning.

8 years ago I lost my best friend, the dog that kept me from going insane during the divorce from my ex-wife. Mugsy was one hell of a dog. For years after he left this earth I decided that I wasn’t going to have a dog anymore.

But I also remember how my wife BEGGED and pleaded with me to get a new dog.

How many times have I said no since Joanna and I started to mourn the loss of our wonderful family member Red Raider Von Lubbock? (Yes, that was his official AKC name)

It was closing in on a cool 10K when I talked to my mom.

She was the former breeder and knew all the places to find good dogs and where to separate the wheat from the chaff as my late grandpa might say.

So, one night before Christmas, right before mom was to go onto a trip to Switzerland and Germany to go to market, I brought up the idea.

She was cautious but excited.

“He would want you to move on…, ” she said with a tone in her voice that I have heard many times but ignored.

I let it go and never brought it up again until Friday night as a lark.

“Two,” Joanna said with the tone of more of a wish, than a request.

So Mom was off and Friday was a bust, her usual suspects were either out of the business or had changes their number.

I had completely forgotten about it, and Joanna was sad, but knew that when the time was right, we’d find the right dog.

Now, my mom had started again on Saturday and had asked of me and Jo our favorite things to look for. Joanna wanted a Black and Tan Dachshund, but it didn’t matter to me. It was about the personality that had molded me from Brooke, grandpa’s black lab, to Mugs, that to this day must not be taunted.

“When you see my dog mom, you’ll know. You’ll see something in his eye, a fire that won’t quit. If you see that. You will have found my dog.”

I had forgotten about that early in the day call, knowing that no matter what, if something was going to happen, it would happen when I least expected it.

Joanna and I were having a late dinner at On the Border (sorry FTC, no payment by them here) when Mom called. I had my mouth full and I missed the call and just thought that I would call her back.

Then she called again.

“You have a new baby dachshund, a black and tan dapple. Beautiful markings and Sean, I saw a couple of others, but this dog had fire. He was fearless in playing with the dogs larger than he.”

Joanna and I had some names in mind, but I never named a dog without looking at him, I mean, there are some dogs that are named SPOT for a reason.

Joanna HAD to go to Petsmart, then Target (dog Woof!) to get the animal all sorts of right items. She looked at dog clothing but my John Casey growl caused her to walk away.

So we went to the house staying up till two in the morning, cleaning the house preparing for one dog.  Joanna wanted to get the dog right then, but I thought that we should wait until the 30th and I would pick up the dog while she was doing a jewelry party in San Angelo. However, life isn’t how we plan sometimes.

And along came Keegan

The next morning as we woke up to go to church my dad and mom called.

One of my nieces, Kaitlyn had fallen MADLY in love with “Spotty” as she called him.

“If you don’t come and get him today, you’ll lose him. I can guarantee that,” my dad said.

I told my mom that we really wasn’t ready to go.

She was disappointed and I took a shower trying to figure out how I could get the dog on Saturday after my promotional remote for work.

I had brought a dusty soft plastic dog kennel and a blanket and we had reached a little past Abilene when my Mom, who had given in and went to get my niece Kaitlyn her own puppy, called and asked the question that has turned this family upside down…

“Would you like another one? Someone to play with while you two are at work?” There was nothing I can do, but hand the phone to Joanna and a glint in her eye of pure joy began.

So as we got to my parents house Dad opened the door and ignoring requests for hugs until we forced them on him, led us to the cage.

Led us to our dog.

Now he was the our one choice, the perfect dog. And Aengus is gaelic for One Choice so Aengus McGee joined our family.

We played outside and had some fun and Mom brought in our second dog. He shook and shook , scared as he could be.

But when we let him down to potty he became an Olympic athlete.  He darted from here and there, wiggling out of people’s hands and he was so smart that he would do things so we wouldn’t catch him (i.e. hiding underneath the truck).

We named him Keegan Patrick, Keegan for his fiery personality and speed, and Patrick for my late brother, who seemed to always be wiggling out of situations.

After dinner and hugs, we started for home.

That was 6 years ago.

Thursday night Keegan came in limping on his back right leg.

This morning he wouldn’t look at me.

I know he would rather be with his brother, chasing and killing dove, you haven’t had fun until your dog scares a dove into crashing into a fence, picking it up gently, then placing it at your feet with pride.

“LOOK AT WHAT I BROUGHT YOU SEAN!”

The day will come where he will leave me, but as for now, I will remember the times watching football together, him scaring away door to door salespeople and laying on his back, nuts in the air as the sun warmed him. I will miss throwing the ball and you chasing it over and over again until you said ENOUGH!

It’s not time for you to go Keegan, but I don’t want you to hurt anymore. You are a good dachshund and I will miss you.

I will take care of you as long as it takes for you to get better, but if you don’t, know that I love you.

2 thoughts on “Saying goodbye before I have to.”